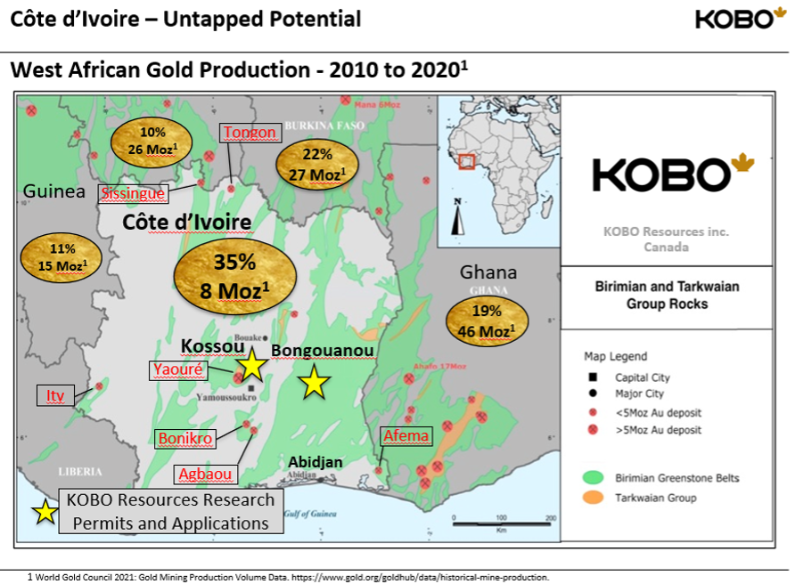 Kobo is focusing exploration efforts primarily on the Kossou Project, 147 km2, (“Kossou” or the “Project”).  The key gold showings lie within 5 top 7 kilometers the Yaouré Mine operated by Perseus Mining Ltd.  Kobo has identified several gold zones with soil geochemical sampling and rock sampling that had not previously been discovered.  Importantly, the geological setting and proximity to Yaouré give the Kossou project a decided advantage compared to many exploration opportunities. 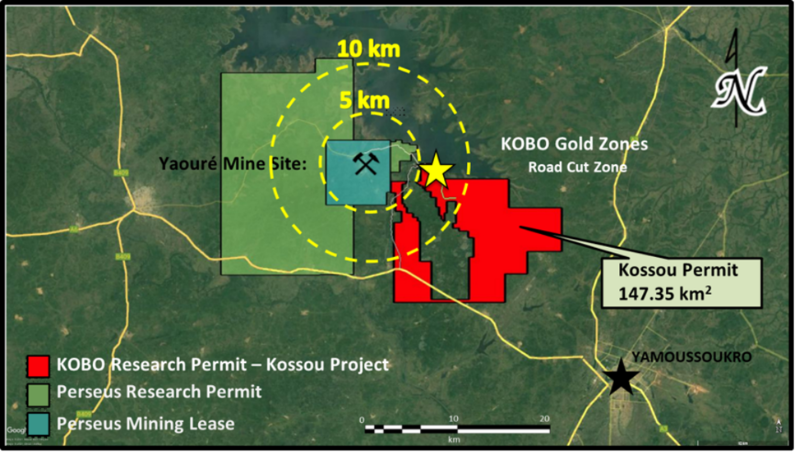 As per Perseus Mining website (www.perseusmiing.com) the Yaouré mine has Measure and Indicated Resources of 2.21 million ounces gold and Proven and Probable Reserves of 1.56 million ounces gold.  Yaouré poured its first gold in December 2020 and declared commercial production in March 2021.  The mine is expected to produce more than 200,000 oz gold per year over the first 5 years with an average AISC of US$745 per ounce.  Overall mine life is currently estimated at ~8 years1. 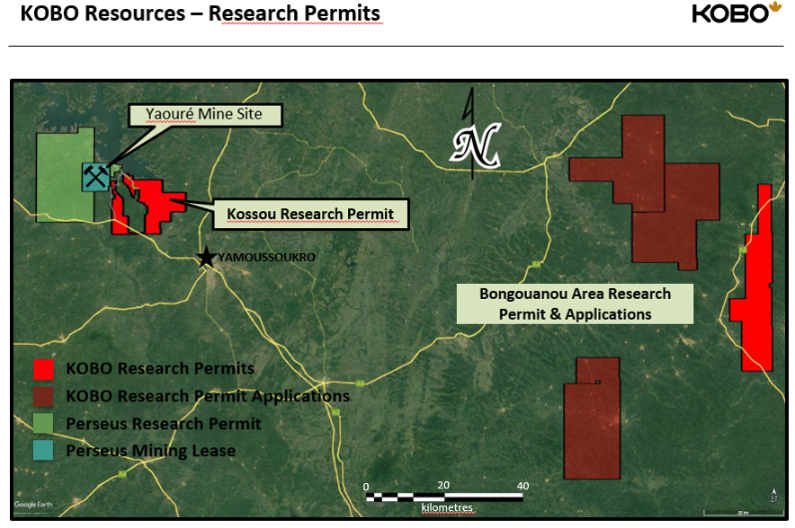 The preliminary prospectus can be viewed on the SEDAR website.